Fukushima 2017 - our sixth year of the apocalypse 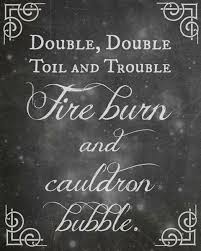 This year, 2017, marks the 60th anniversary of Australian author, Neville Shute's, epic post-apocalyptic novel, On The Beach. It's a terrifying story about the aftermath of a 3rd World War in which nuclear weapons were used in the northern hemisphere. There were no winners as the whole of humankind ended up perishing ever so agonisingly from the resultant nuclear radiation - except for some "lucky" survivors who ended up huddled together on a beach in Melbourne, Australia; since it was the furthest point from the ever-spreading nuclear radiation.

I also remember watching the film adaptation of Nevil Shute's epic novel, On The Beach, many years ago. It starred Gregory Peck, Ava Gardener and Fred Astaire. It's terrifying. I also listened to the BBC's radio serialised version.

In his novel we learn how the "authorities" had the foresight to issue everyone with suicide pills to ease and accelerate their inevitable slow demise, and many of the characters are continually toying whether or not to take the pill, in an ever changing situation. Does this sound like your kind of book or movie? Whatever was Nevil Shute thinking? You might also know him from his most famous Australian novel, A Town Like Alice.

It's now six years since a massive earthquake and resultant tsunami destroyed the Fukushima Daiichi nuclear power station on Japan's highly tsunami and earthquake-prone east coast. Recent revelations from the Japanese Government and Tepco, the plant's operators, are now revealing that during these six years three of the power station's six nuclear reactors went into immediate and forever-uncontrollable melt downs.

This means during the past six years massive amounts of deadly radioactive water and particles have been released into the Pacific Ocean, released into our atmosphere and released into Japan's groundwater. The remaining three reactors were also destroyed but news about their conditions varies, partly because the Japanese Government refuses to release accurate information about them and because these reactors are so radioactive no one can enter them to access the damage. The Japanese Government also passed legislation prohibiting journalists, Tepco employees and anyone from broadcasting or talking about them. You risk a ten year prison sentence if you do.

In late January 2017 a radiation motoring robot was able to partly enter reactor two wherein "unimaginable high readings" of over 650 Sieverts per hour were recorded before the robot was hastily retrieved, lest it should fry. Scientists believe the radiation readings would record many times higher if the robot were able to get closer to the molten reactor core which, has burnt its way through the containment vessel and is feared to be making its inevitable and unstoppable way south - The China Syndrome.

It's assumed reactors one and three are in a similar situation, whilst information regarding reactors five and six remains unknown, but it would be prudent to prepare for the worst. In comparison, radiation readings from the one partly-melted Chernobyl reactor never exceeded 30 Sieverts per hour.

Coinciding with the ever-increasing global radiation levels much of the world is becoming ever more pre-occupied with the divisive struggles between those in the red corner and those on the blue corner: the haves and the have nots, the leftists versus the rightists, democrats versus republicans, globalists versus the patriots and the fake news versus the real news, whilst ignoring the greatest threat to us all - the forever-ongoing and inescapable Fukushima catastrophe.

Even our designer leaders and their families are not immune to this looming disaster: so too our tailor-made fake news purveyors lack any immunity. They are fake in that, it is what they omit to tell us. You will hear them report how "the clean-up is progressing on schedule" - but they omit to mention the unstoppable deadly radiation continuing to flow from the destroyed plant, with no solution in sight.

Our brand-name environmental groups also largely ignore this catastrophe which in my mind, can only mean they are somehow in the pockets of those who gain, by keeping this knowledge from us.

It doesn't make any sense to me trying to save whales for example, when sadly their ocean habitats are dead.

Considering all the current and widespread distractions and divisiveness I fear we have been purposely lead down the wrong path to our inevitable demise. We need to get a grip on our new reality; drop, or at least suspend our grievances with those in our opposite corners and unite to fight the fight for our existence. How can we be concerned whether blue is better than red when the stakes are so high?

Lately even main stream fake media is reporting the death of the US west coast fisheries industries and how various government agencies are preparing to pay those affected compensation. More and more mass fish, seal, bird and whale die-offs are being reported. As expected, a common explanation for these events is the global warming phenomena, but if this were the culprit why haven't other species moved in to repopulate the sterile rock pools and other regions where the fish and all life have vanished? It's because no species can repopulate such nuclear contaminated areas.

Government officials, scientists and those in the know probably don't speak up for fear of losing their jobs - they have families and mortgages to maintain. But what will they tell their children when they ask:  "Daddy, what did you do to help?" Does your job mean more to you than them?

Another of Japan's ploys to direct attention away from the Fukushima catastrophe is their determination to host the 2020 Tokyo Olympics. "Come to Japan and see how great our country is now that Fukushima is under control." Japan is also embarking on a massive inbound tourist campaign. Realise if you do visit Japan you will inevitably find yourself sipping tea in a beautiful traditional Japanese Tea House, only that instead of sipping tea you will have been tricked into drinking deadly Hemlock as prepared by the evil witches featured in Shakespeare's occult play, Macbeth - a play depicting an epic struggle between the invisible forces of evil and the forces for good.

"Double, double, toil and trouble. Fire burn and cauldron bubble" sing Shakespeare's wicked witches as they add hemlock to the brew - a brew personifying all that is evil.

Read more of Garry Greenwood's Fukushima related essays and his book - All The Emperor's Men - via here: http://alltheemperorsmen.com

Garry Greenwood has been researching and writing about occult related involvement in global affairs for around 20 years and his two eBooks detailing mind control and the influence of the occult upon our world are now available for download here: