you asked for the truth…but can you handle it? 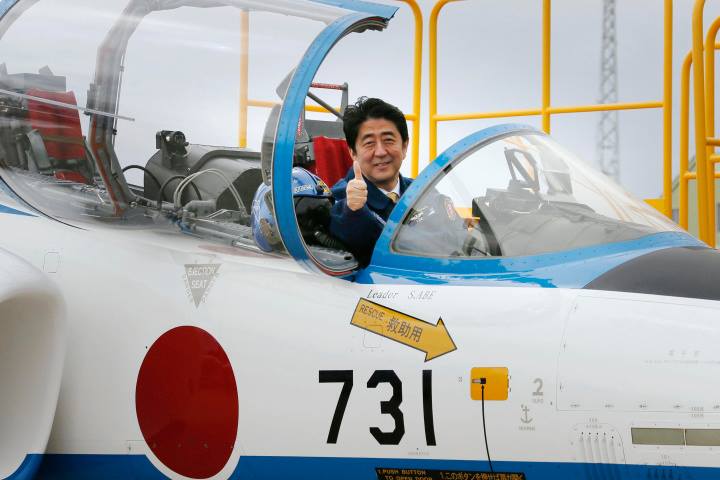 Japanese Yakuza are secretly rounding up homeless men on the streets of Tokyo and forcing them to work on the crippled Fukushima nuclear plant. In vain and at great danger to themselves they toil relentlessly in the crippled plant. It’s obviously a hopeless and lethal task.

PM Shinzo Abe prays fervently at the Yasukuni Shrine wherein the millions of ancestor spirits of those who died whilst fighting for the divine Emperor during the Second World War are enshrined. Also, Japan’s most notorious war criminals are buried here. Abe swears that one day he will avenge the spirits of all those enshrined here.

Glancing through the Shrine’s visitor book he smiles when he sees that several ruling Liberal Democratic Party members (LDP) have also signed it. His smile broadens even further when he is greeted by one of the Shrine’s priests – a close friend of the leader of the nation’s fastest growing doomsday cult, Sukyo Mahikari. Abe has a deep admiration for this occult cult and regularly sends his congratulations or a representative on their special occasions. Its founder, Yoshikazu Okada, was a great and powerful militarist who owned a huge munitions factory during the war. He was also a friend of the Imperial family, something that Abe hopes to achieve someday. In the meantime he can only fantasise about his divine supremacy calling by being photographed in his jet fighter plane. He knows that his days of glory will surely come just as, Yoshikazu Okada, the cult’s leader had his day in the sun as a military strategist during the glorious Nanjing incident (Rape of Nanjing).

Abe also reflects upon those happy days when he would sit on his grandfather’s knee listening as his grandfather, Nobusuke Kishi, recounting his glory days in Manchuria as its main administrator and as a high ranking militarist wherein he helped establish the secret military unit #731- a unit dedicated to creating the most advanced methods of mass destruction imaginable. He was also the wartime Minister of Munitions and established Japan’s clandestine nuclear weapons program. “It’s just not right that grandfather Kishi was arrested as a war criminal. People simply don’t understand.” Nobusuke Kishi obviously had a great influence upon the young Abe. “How unfair the world has become. After all didn’t we save China from western imperialism?” ponders PM Abe, “if only we could have succeeded in our mission to save the world then.  Too bad about the tens of millions of Chinese who got in the way.”

Out of respect for his beloved grandfather and the glorious Japanese military, Shinzo Abe has the numerals 731 painted on his jet fighter and gives the world a big “thumbs up” or “you can trust me” gesture (see photo).

Meanwhile, far out in the South China Sea on the tiny and disputed Senkaku/Diaoyu Islets, Abe’s long-serving colleague, Shintaro Ishihara, leader of the New Restoration Party (nuclear re-armament party) and ex-mayor of Tokyo is challenging the might of the Chinese navy hoping for some form of military retaliation in order to justify the nuclear re-arming of Japan. His last major challenge whilst still mayor of Tokyo was the incineration of thousands of tons of highly radioactive rubble from the areas close to Fukushima which were devastated in the recent tsunami. Thousands of tons of radioactive smoke was dispatched high into the atmosphere on its long journey eastwards. “If only we could draw the US into this conflict with China, too. Oh, how this would avenge our ancestor spirits at the Yasukuni Shrine. God would be so happy” he thinks as he bravely stares down the Chinese gunboats circling about.

Shintaro Ishihara is used to conflicts. He was once on a sure path to becoming a Japanese Prime Minister himself, that is, until his deep involvement with the murderous Aum Shinri Kyo cult was uncovered forcing him to abandon his parliamentary aspirations and lie low for some years. But nowadays a good PR makeover can undo almost anything. He feels contentment towards his Aum days as they did smuggle great quantities of nuclear weaponry out of the crumbling Soviet Union after all. They almost got the Armageddon they were seeking.

PM Abe notices Shintaro Ishihara’s name in the Yasukuni Shrine’s visitor book too and briefly wonders how his divine campaign in the South China Sea is progressing. It can be a small world for those at the top – the ruling elite, as Shintaro Ishihara is a longstanding member and personal friend of Yoshikazu Okada, the founder of the Sukyo Mahikari cult too. Okada, too, was well connected to most Japanese Prime Ministers of that era whilst his personal confidante and second in command of the cult was a convicted war criminal. “Those 33 captured US airmen should have shown us more respect. Just because Japan had already surrendered before we decapitated them doesn’t mean a thing. They were our enemy. We will have our revenge one day. God is with us. We are the chosen ones.”

PM Shinzo Abe looks kindly upon the Ishihara family because of their loyal and longstanding support, so in order to express this appreciation Shintaro Ishihara’s son, Nobuteru Ishihara, himself a high-ranking LDP politician is given the prized cabinet position as the new Minister for the Environment, Nuclear Reactors and Minister responsible for decommissioning the destroyed Fukushima nuclear power station.

The ruling elite is well pleased with this appointment since many believe this role was bestowed upon him directly by God himself since Nobuteru Ishihara is a senior member of the Sukyo Mahikari doomsday cult too. This cult is desperately awaiting its Armageddon as it can’t fulfil its promises and mission until the Armageddon has taken place leaving only the chosen ones left to re-establish the new (Japanese) civilisation

Nobuteru Ishihara is more than familiar with his cult’s holy bible and studies it often just as his father does:

Although sub humans eagerly seek peace and coexistence and dislike the atomic bomb, the production of fire balls in this world cannot be stopped.  God will make man produce the fireballs and bullets…This is the End of the World. Earth must be burnt away with the Ball of Fire in order for God to descend from Heaven…

Nobuteru Ishihara deeply ponders the holy words which now seem to be speaking to him personally as a chosen one and wonders how he might serve his God more directly in these troubled times of the Fukushima catastrophe.

When the tsunami struck on that God-ordained day it was initially considered to be a sign from God that he was unhappy with the people of Japan – a divine retribution. “But what if that isn’t so?” Nobuteru Ishihara is thinking “what if God is showing us the way to the new holy civilisation as prophesised in our holy revelations? What if this is the beginning of the promised Armageddon? What if we simply let the divine plan unfold as God had intended?”

Although the end of the world is approaching, those who are serving with sincerity shall be forgiven.

Now convinced that they are the chosen ones who will be saved no matter what, PM Abe and his cabinet act quickly. Firstly they pass laws prohibiting any discussion, publication and dissemination of any news relating to the Fukushima catastrophe. Easily done - mission accomplished - problem solved and now God’s divine plan (Armageddon) is free to plays out as God wishes. “Oh, how blessed we are - the chosen ones. After all, we are the most superior and benevolent race. How God must love us to choose us to be the main players in such a long-anticipated event. Let God choose who will live and who will die from the radiation which he allows to spew forth from the destroyed Fukushima plant for as long as he chooses. It is not for us to interfere” think the ruling elite as they pour over charts showing the radiation flowing forever eastward and unstoppable. “God truly does work in mysterious ways.”

On a deserted beach somewhere in California, USA, a lonely figure can been seen walking slowly and erratically. He is holding and studying something in the palm of his hand. He moves it about in a most strange way.

For research and factual background information relating to this story and information about the author, Garry Greenwood, click on the links below.